The first of the Sqn’s Bristol Beaufighters arrived at Seletar on December 6th 1946 It would appear that these aircraft also suffered from being stored out of doors, under poor conditions in India. Continual problems with engine failure, some due to new but faulty magneto’s stored under similar conditions. The Sqdn then completed a move to Changi by September 1947.  Later moving again, this time to Tengah with detachments to Kuala Lumpur to carry out air-strikes in the Beaufighters against the Malayan Insurgents. 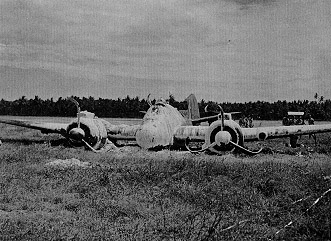 Later, the Beau’s were handed over to 45 Sqdn. and in October 1948, 84 Sqdn. left Tengah for their Middle East base in Habbaniya, Iraq.  The first party arriving there on 28th November 1948.  84's Commanding Officer at this time was Sqdn. Leader. S.G. Nunn D.F.C. Meanwhile in the U.K. Five aircrews continued their conversion course onto the Bristol Brigand. By the 20th February 1949 a total of seven Brigand aircraft had arrived in Habbaniya, a further one arriving in  March.

One of the biggest problems facing the Sqdn. was lack of equipment and spares. Urgent items needed such as main wheels, tyres, tubes and starter batteries. It was almost unbelievable to me that no items of hydraulic equipment had been provisioned for and it was not until March that the Sqdn. approached something like normality, even then no armament training was possible due to the lack of rocket rails, practice bombs and 20mm cannon ammunition. At this time the Sqdn. was drastically under strength with only five pilots, four navigators and five signallers.

At one point in mid-April not one Bristol Brigand was serviceable. The aircraft when in flying order had not been excessively abused and yet on May 10th, it was found that severe wrinkling of the inner and outer mainplane closing strips occurred. The probable cause put down to steep turns exceeding 3G. Additional aircrews arrived and on June 1st the Sqdn. was able to get six Brigands in the air demonstrating formation flying for visiting members of the Iraqi Staff College. 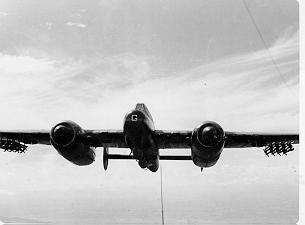 Around June 2nd 1949, six days of intensive flying occured with a 'show the flag' exercise flying over towns and villages of the Trucial States. As a direct result 10 hydraulic pumps failed, providing evidence of the inadequacy of these integral pumps fitted as standard on the Brigands.

On 26th June 1949  the wedding took place of Sqdn/Leader S.G. Nunn and Flt. Officer Chadwick.WRAF. The following day a Brigand RH813 ‘H’ was flown by the C.O. to Cypress for the honeymoon. It was noted that in addition to the crew of three, the Brigand carried Flt. Officer Nunn. Flt. Lt. Des. E. Breed and Flyg. Officer Kendall who was to fly the aircraft back to Habbaniya.  In future RH813 ’H’ would be known as ‘The Bridal Brigand" 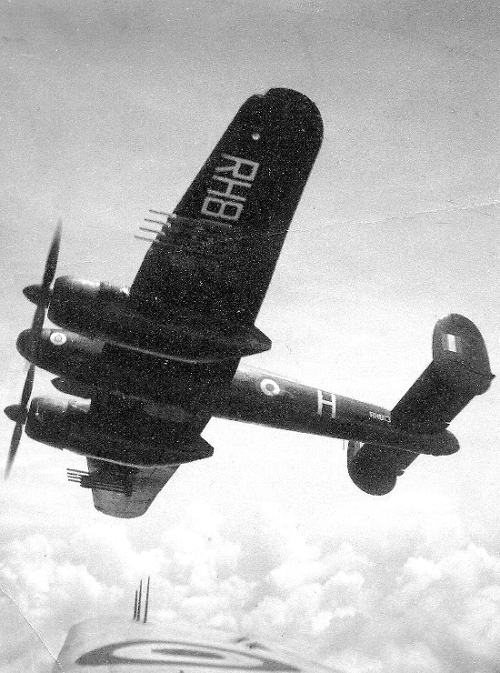