Rejoining 84 Sqdn on 1st July 1951 by which time the first Bristol Brigand had been fitted with new propellers and engine bearers.  On 31st July a spinner was seen by a pilot to break up in flight so the engine was immediately feathered which probably saved  another accident.  The Brigand landed at Butterworth, the airscrew (propeller) was changed and the aircraft was then flown back to Tengah.

We could have lost yet another Brigand on 5th  August 1951.  VD865 flew on a strike and on firing its 20mm cannons  a very violent explosion was felt beneath the aircraft.  On return to base it was found that the blast tube of the  port outer gun had burst when the cannon was fired.  Hereafter the use of some types of ammunition was banned. 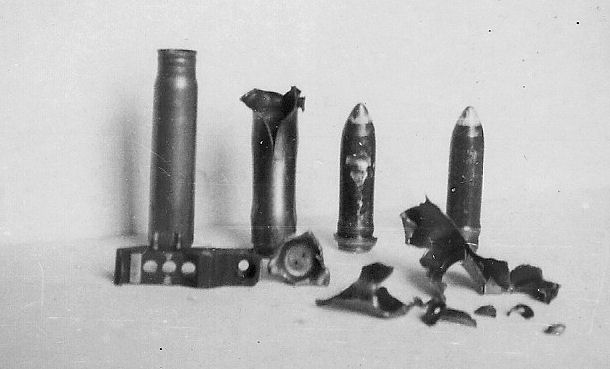 Around this time we started to have rocket problems.  Normally the rocket 'pigtails'  (electrics ) were plugged in at dispersal until one day the strike leaders Brigand was lined up on the run-way ready for take-off and the engines were being introduced to full power, the vibration caused a rocket to fire, its trajectory being towards married quarters, fortunately no damage was caused.

From then on an armourer was carried in the lead aircraft to the  'pan' and when the Brigand was lined  up ready for take off this armourer would climb up into the wheel bay and plug in the rockets.  He would repeat this operation on all aircraft and then be transported by jeep back to dispersal.  At least once when a panic strike had been called for, the lead pilot lined up at the end of the runway and immediately put on full power and got airborne.  The Navigator was rather surprised on turning round to close the rear cockpit doors to see a large pair of eyes, belonging to the armourer, staring up at him.  The mission had to be aborted with the bomb load being jettisoned in the 'Strait of Malacca', to reduce the landing load.

Sometimes when a rocket was fired it would flare up and then the propellant would go out. The rocket had by then moved along the rails a very short distance and  then slide backwards to be left hanging down part way off the back of the rail.  By 1952 we were carrying up to 16 -60lb rockets on airstrikes (8 per wing in tiers of 4 - See photo).

Brigands tended to 'mush' downwards when pulled out of a bombing dive so the navigator was instructed to call out the height to the pilot during this manoeuvre and at 1500ft the aircraft was pulled out of its dive and the plane would then 'mush' downwards to 500ft, when straight ad level flying was hopefully achieved.

On 6th November 1951 with the approval of Air Headquarters I flew on the first of a long range navigation exercise in RH896 from Tengah to the island of Labuan off the north coast of Borneo, landing on their airstrip which was rather narrow and short constructed to a large extent from crushed coral and shells, on the one side if I remember correctly there were coconut palms and on the other the cemetery. (See photo) 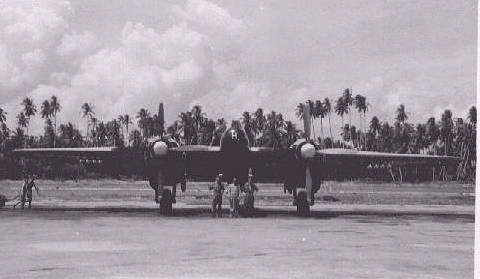 We were invited to a Scottish Dance in the evening, the food and drink being quite good.  Flying time from Tengah to Labuan was 3 hrs 55 minutes, over the sea all the way.

On October 7th 1951 Sir. Henry Gurney, the High Commissioner for Malaya,  was ambushed and murdered whilst travelling by armoured convoy up to 'Fraser's Hill'.  The ambush took place at a sharp bend in the road and a little while later I went there (see photo) and saw where the terrorists had lain in wait - a perfect ambush position which enabled the so called gang to slip away into the dense jungle.  Two days later the same gang ambushed and killed two policemen. 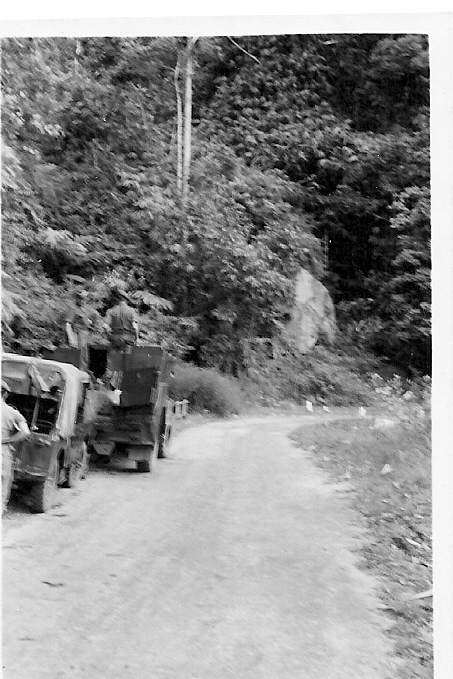 In November 'Operation Pursuit ' was carried out jointly by the army, Malay police and the Air force in which 84 Sqdn. fired a total of 900 rockets.  I got airborne twenty two times during the month including eight airstrikes.

In December, of the three Buckmasters which were jointly flown by both 45 and 84 Sqdn. two were withdrawn from service due to their continued unserviceability. The remaining one being RP235