THE BRISTOL BRIGAND AIRCRAFT - From Day One -

It was perhaps fortunate that the War in the Far East against Japan did not continue until 1946 or beyond in so- far as the “Bristol Brigand” was concerned since it was designed to play an important role in long-range anti-shipping strikes against the Japanese.  Even so its destiny was to be in the Far East

The Bristol Brigand was the direct result of Air Ministry specification H7/42 calling for a faster and longer ranged replacement for the very successful Beaufighter torpedo aircraft (known as ‘Torbeau’).

The Bristol Aircraft Company initially came up with a design based on the Beaufighter using a similar wing with a narrower fuselage and greenhouse type crew canopy but then realising that this Hercules engine variant would not achieve the required 300 knots (555mph) at sea level, the designers looked at a variant of the Type 163 Buckingham medium-range bomber, equipped with the more powerful Centaurus engine.

The design name was initially to be the Buccaneer but was changed to Brigand in December 1942. 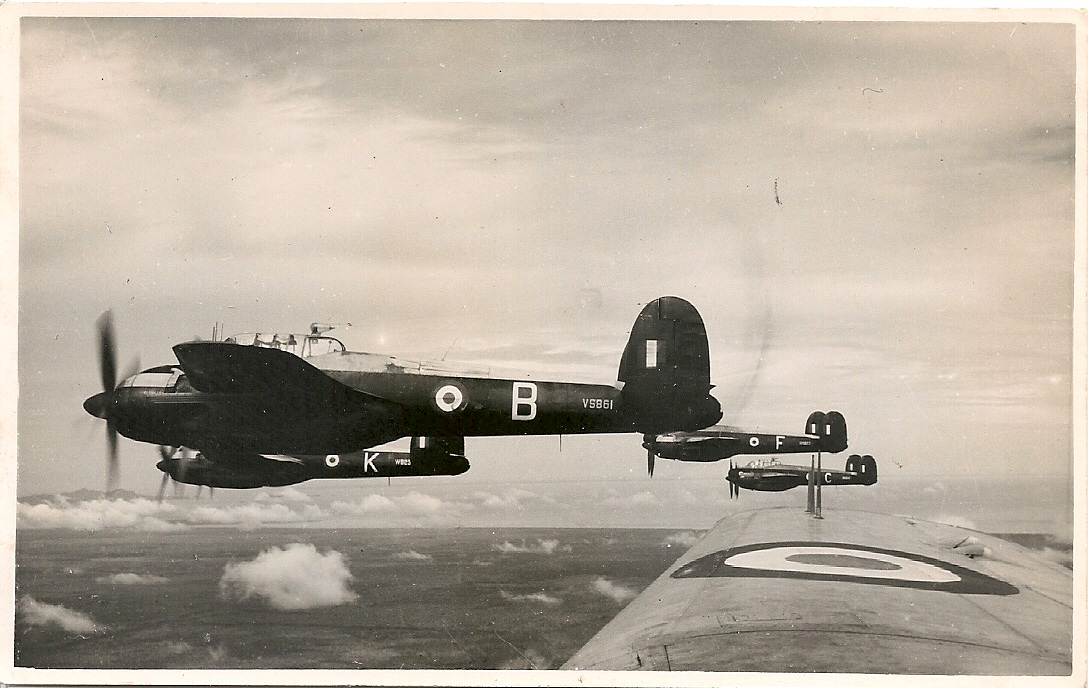 Details of Type 164 has been fully covered by an in depth article written by Alan F Crouchman under the heading –‘ Last of the Colonial Policemen’ - Bristol’s Occasionally Self Destructive Brigands – with additional information written by Chris Ashworth under the heading ‘Bristol Brigand, Design & Development. {Copies of both of these publications were still available in Dec.2016 on e-bay and from Amazon}

Way back in the early 1940's we did not have the luxury of computer assisted design with many of the aircraft being designed on the Slide Rule, wind tunnel and tried and tested methods.

It was not thought that any Brigand B1 would in the early days become a dive bomber pulling in excess of 4G in order to obtain accuracy when on a bombing detail over jungle targets. This strain being way above the design calculations.

The first of four prototypes MX988 was flown on December 4th 1944 at Flixton by Captain Cyril Unwin.

The first Brigand to be written off was RH744 which overturned at R.A.F Farnborough on October 1st 1946 having failed to develop power on take-off and had overrun into soft ground where it flipped over onto its back, fortunately without injury to its crew.

The first fatal crash occurred on July 19th 1947 when a Fl/Lt T. Morren flew in RH742 assigned to the A & AEE for a firing exercise in the Lyme Bay area off the Dorset coast. The aircraft was seen to pull out of its firing dive whereupon it entered a slow roll and lost speed whilst inverted, before commencing a spiral dive which was halted just prior to the aircraft striking the sea, killing both crew members on board. Several splashes were seen upon impact and it was thought that the aircraft had suffered structural failure resulting in the malfunction of the dive brakes. ( I would certainly agree with this being the most likely cause, from personal experience. TS)

Quite a number of the Brigands were manufactured as TF 1’s . B 1’s , TF 4 radar trainers and Met 3’s and the 1301 meteorological flight used in Negombo, Ceylon.

Fl/Lt R.C. Stewart had a “incident” whilst flying one of the 1301 Flight aircraft (VS 817) on July 8th 1949. At 23,500 ft. with the auto pilot engaged the aircraft unexpectedly went into a near vertical dive, losing 5500 ft before recovery. Upon pulling out of the dive the starboard engine began to cut out, so a single engine landing was made back at base in Negombo.

The only other country showing any interest in the Brigand was Pakistan. It received two aircraft for Evaluation (RH820 and R821) delivered as N1125 and N1126. No production orders were forthcoming.

The first of the two was written off on January 17th 1949 at Shaibah whilst on its delivery flight to Mauripur. This aircraft flown by Sqn/Ldr A.Beg RPAF swung to port on landing – the starboard brake proved ineffective in arresting the swing and the undercarriage collapsed. The second aircraft was returned to the RAF and after a complete overhaul by Bristol and given a new serial number WA560.

Deliveries of the production light bombers began in Aug.1948 with RH799 the first aircraft to incorporate the wing strengthening modification from scratch including the 150mm increase in span at the root , enlarged ailerons to enhance manouverability plus the addition of venturi-operated Pneumatic dive brakes on the leading edges, outboard from the engines and bonded wood tips to act as dielectric panels for the anti-surface vessel aerials .

The overall new design was approved in April 1943. The Centurious 57 was fitted on production aircraft offering an additional 100hp (746Kw). Also featuring fuel injection and a methynol water injection system for combat power.

The first Brigands to enter service with the RAF were assigned to No: 228 OCU. (Operational Conversion Unit) at RAF Leeming. The unit receiving its first two aircraft RH801 and RH802 on august 20th 1948. Within two weeks it had 9 Brigands assigned for light bomber training duties.

The first aircraft to be lost by 228 OCU was RH803 on 14th October 1948 when Flt Lt. D.C. Marshall was undertaking a local flight and practising a single engine landing. Whilst on a single engine approach to Leeming full flap was selected in error instead of maximum lift setting , in trying to stretch his approach the speed dropped below the critical point whereupon the aircraft yawed and stalled, hitting the ground short of the runway causing the left oleo to collapse and writing the aircraft off .  Fortunately Flt Lt Marshall was uninjured.  After this accident it was considered prudent to use the Buckmaster as a dual control trainer. 228 OCU received the first of 14 of these on October 19th 1948, just five days after Flt Lt Marshalls incident.

The first operation unit to convert to the Brigand B1 was No: 84 Squadron in Habbaniya. Iraq. The first two aircraft arrived on February 7th 1949, by the end of March it had its full compliment of 8 Brigand B1’s.

Even so 84 Sqdn still had a shortage of trained aircrew and spare parts. They also had problems with the hydraulic pumps and lines, with the seals deteriorating quickly in the hot conditions.

The Squadrons low point came on April 14th 1949 when not one aircraft was serviceable, the hydraulic problems remained with the Sqdn, throughout the Middle and Far East and resulted in many aircraft ‘written off’ in belly landings when the undercarriage failed to lower.

The second Squadron to convert to the Brigand was No: 8 based at Khormaksar, Aden. The third and last operational Squadron to convert to the Brigand B1 was No: 45 Squadron, which had three Met.3’s on strength, in late May and early June 1949 whilst stationed at Negombo, Ceylon (now Sri Lanka). At that time 45 Sqn was completing a move to Kuala Lumpur Malaya with its Beaufighter detachment having been in K.L. since August 1948 in support of the unrest in Malaya.

The first of 45 Sqdn’s Brigand B1’s (VH857) arrived in Malaya from No: 1 Air Ferry Unit at RAF Manston on September 21st 1949 with conversion completed in January 1950, by which time the unit was based at RAF Tengah on Singapore Island. 45 Sqdn, still used their code ‘O B’ on its aircraft with the code and individual letter located behind the fuselage roundel.

The first Brigand B1 to carry out an airstrike in Malaya took place on December 19th 1949 crewed by No: 45 Sqdn flight commander Flt/Lt. Dalton Golding and Sig/Nav .Peter Weston, take off was 0840 hours . The weapon load consisted of 2 x 1000 lb bombs under the fuselage , 1 x 500lb bomb under each wing outboard of the engines, three rockets hung beneath the wings and 800 rounds of 20mm ammo to serve the four cannons. They were accompanied by four Beaufighters also of 45 Sqdn to carry out a strike in the jungle area west of Kluang in Malaya. The attack went as planned and the aircraft returned to base (RAF Tengah) safely.

During February 1950 Sqn Leader A.C. Blythe took command of 45 Sqdn at RAF Tengah and who’s personal account of his time spent on operations in Malaya was published in the May 1977 edition of ‘Aeroplane Monthly’.

His squadron also suffered premature bomb explosions on two of the squadrons strikes—the first on 13th March 1950 whilst attacking an area of jungle at Bentong Gap; fortunately the 500lb bomb had landed far enough from the aircraft to cause only slight damage. The second occasion came on April 27th, this time the damage was such that the Brigand RH832 required repair by 390 Maintenance Unit at RAF Seletar. 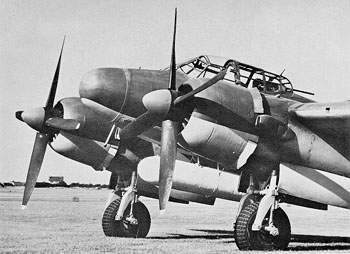